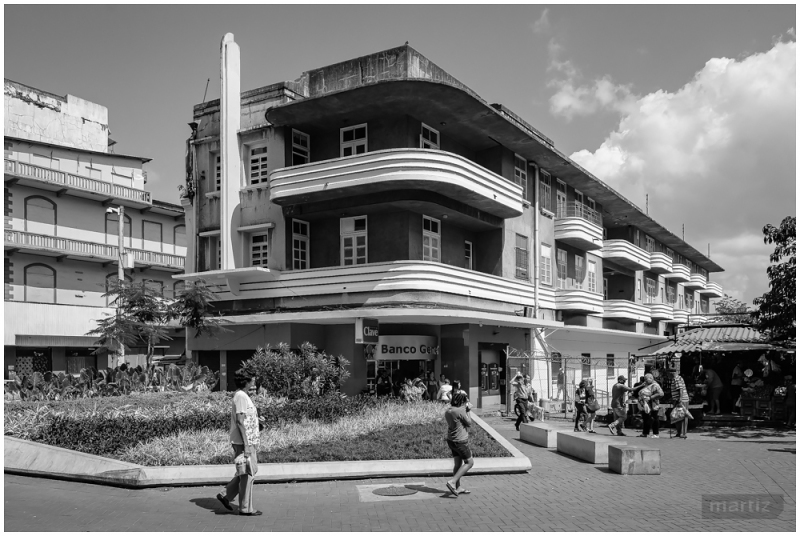 "During the 1930s and 1940s the widespread use of the Art Deco, German Expressionist and Streamline Styles produced changes in the capital's commercial architecture: stepped crests and round-edged balconies and eaves became all the rage. Designed to accomodate commercial premises on the ground floor and apartments on the upper floors, this building is a good example of the phenomenon. It was built on a rather narrow plot overlooking an alleway (the other façade, which has no windows, was a party wall until the neighbouring plot disappeared when East 17th Street was widened). The commercial premises were one of the first in the city to have air-conditioning. Today the building houses a branch of the Banco General, regarded as one of the first post-modern interior decoration projects in Panama."