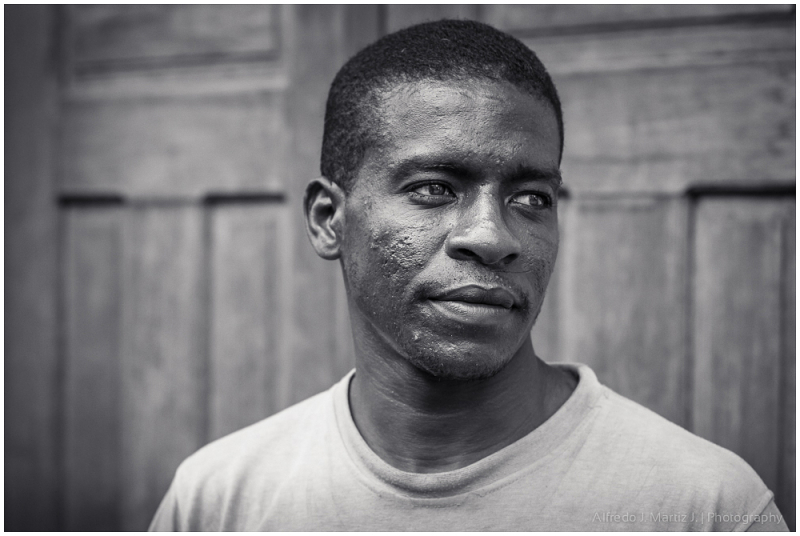 Usually when I make portraits of people in the street, I try to establish a conversation with them in an effort to learn a bit of their life through their stories.

This man is a total mystery for me, I have seen him before around Casco Viejo but he has always given me that feeling of a ghost that appears and disappears at will. Probably that perception is driven by the few times I have seen him.

The day I made this portrait we had less than 5 minutes of interaction, during that time I failed to make him say something, he never talked and he always kept avoiding the camera and my attempts to establish a conversation.

He never shared with me his name but I found out from a group of friends that he is known in the neighborhood as "Celoide".

I wonder what is his story but it seems he will continue as a mysterious character for the time being...

You made a fine portrait of him, it speaks louder than words.

The grain of his skin is as harsh as his eyes are sweet, beautiful man & portrait.

This is a haunting photo Alfredo and technically perfect. Congratulations! I remember you from a few years back on Am3 - I hope you're well :)

@Bron: Thank you very much Bron, I am fine, healthy and happy, =)