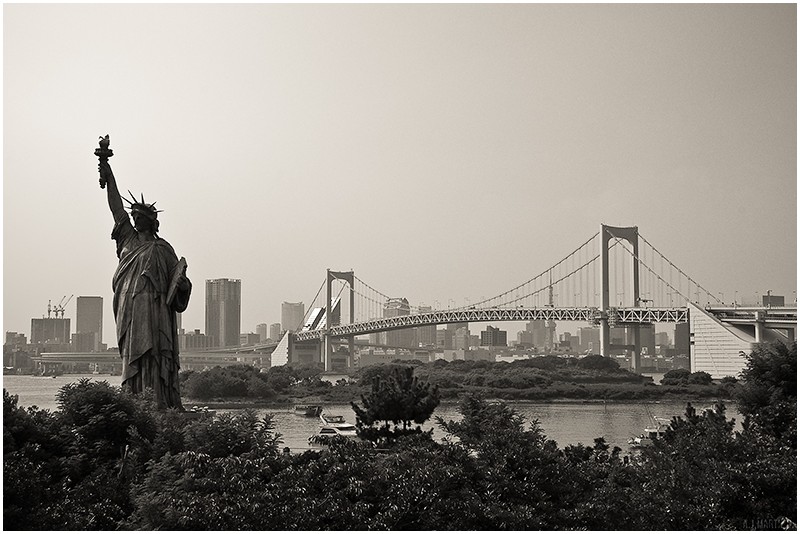 Globalization in a literal sense is international integration. It can be described as a process by which the people of the world are unified into a single society and functioning together. This process is a combination of economic, technological, sociocultural and political forces. Globalization, as a term, is very often used to refer to economic globalization, that is integration of national economies into the international economy through trade, foreign direct investment, capital flows, migration, and spread of technology. The word globalization is also used, in a doctrinal sense not a literal one, to describe the neoliberal form of economic globalization. Globalization is also defined as the internationalization of everything related to different countries; Internationalization however, as a contrasted phenomenon, differs from globalization in that Global is commonly used as a synonym for "international", however such usage is typically incorrect as "global" implies "one world" as a single unit, while "international" (between nations) recognizes that different peoples, cultures, languages, nations, borders, economies, and ecosystems exist.
Reference: Wikipedia

Is this a single image? She's much closer to the bridge and city than I imagined (I've not visited NY). This is a great image, from an unusual angle (wiki too).

@Sidonie: Thank you Sidonie, this is a single image taken in Odaiba, Tokyo. There you can find a replica of the Statue of Liberty, the bridge to the right is the Rainbow Bridge and in the background you can see Central Tokyo!

Nice shot. A strance sight and one I'd like to check out myself sometime.

At first I thought it was New York my friend. Nice angle.

Very cool shot. Nice original perspective.
Globalization is sure messing the world up. It is basically compressing world commerce into a smaller group of controlling greedy hands.